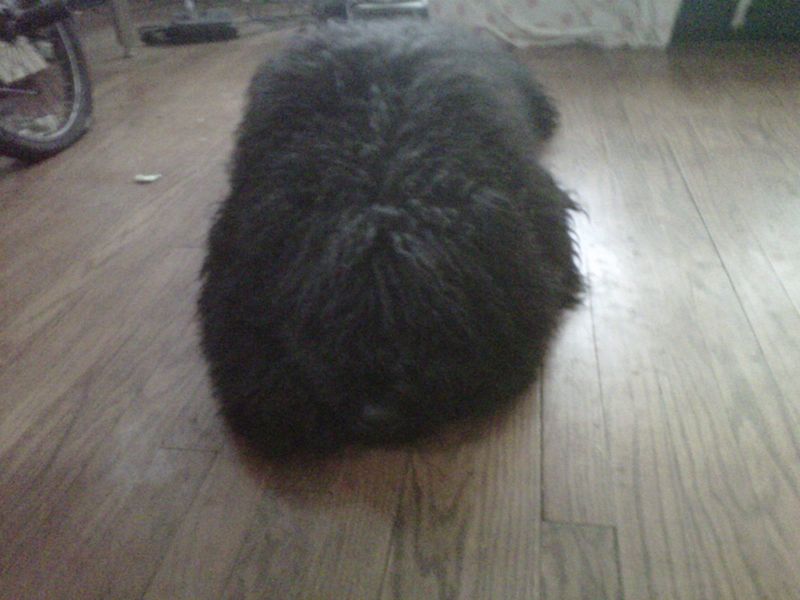 Maestro is owned by Marketta Lusk.  He is a beautiful, massive Black Bouvier.  He gave us one of the greatest laughs we have every had.  Marketta was walking him when he was about a year old.  After she went into her home, the police knocked at the front door.  The had recieved a call stating that she was "walking a big bear down the street on a leash.  He certainly looks like a bear.

He has the  most gentle temperment, is very obedient and affectionate.  He is the son of Champion Thorcourt's Bear and Adele's Usher Riviera.  (See Maestro's Pedigree Below") 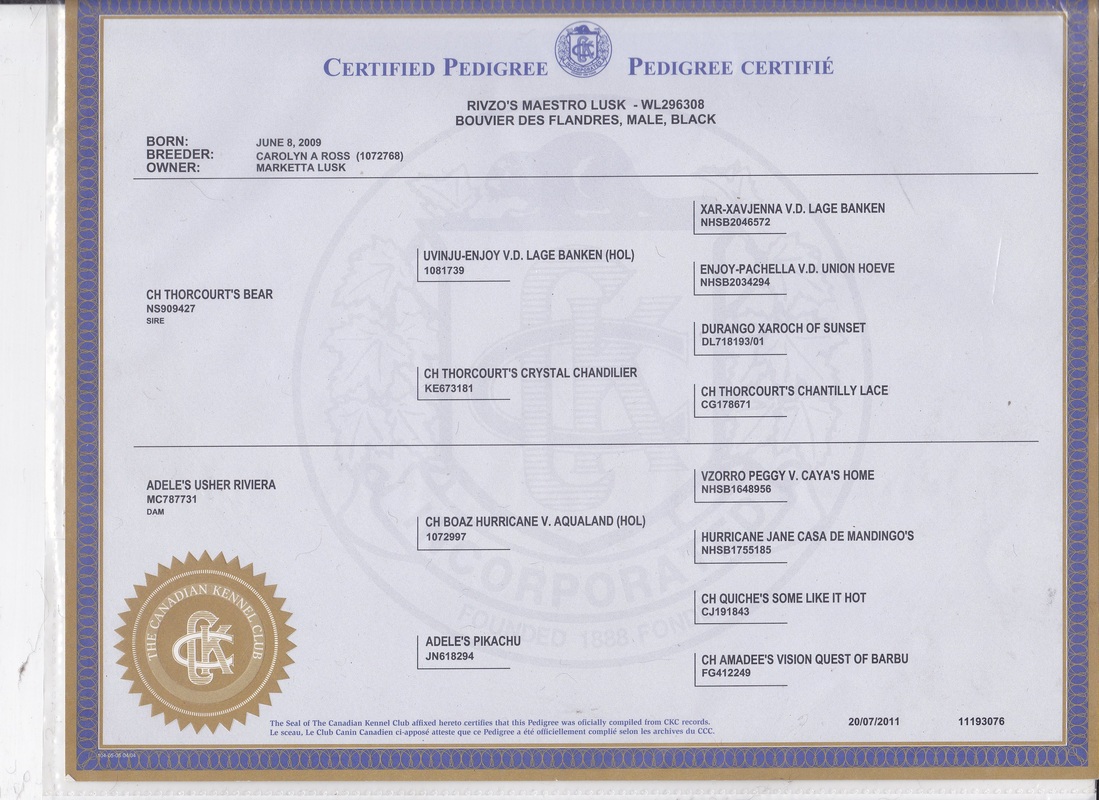 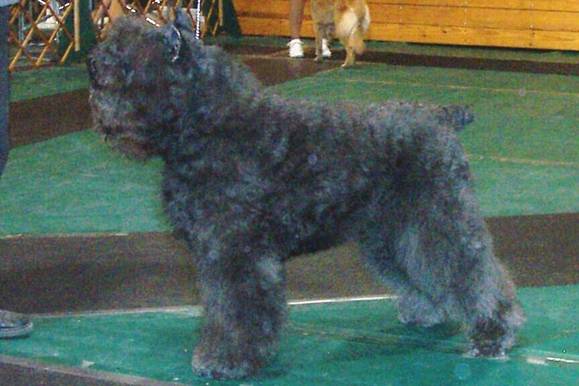 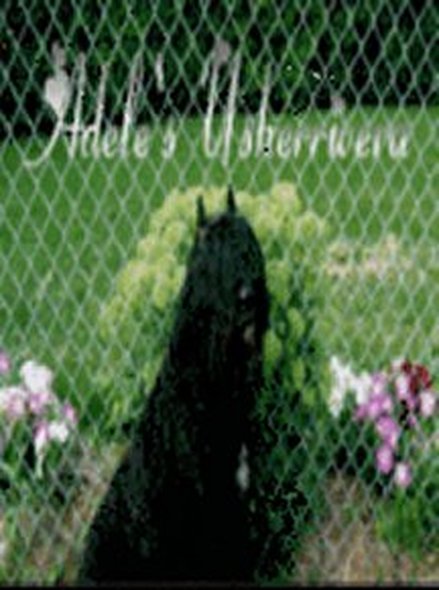 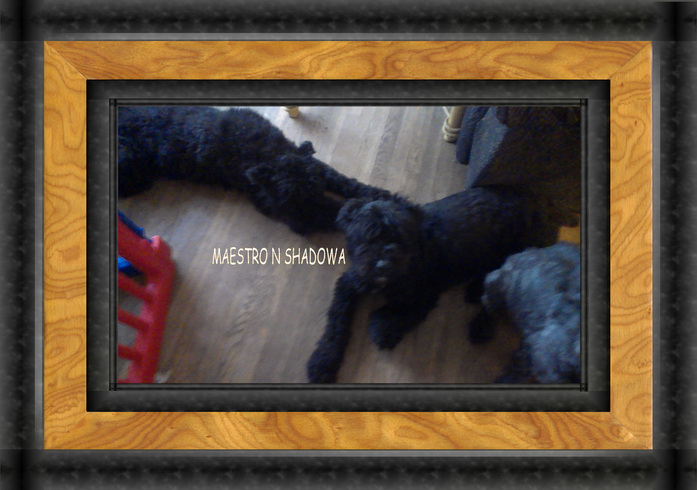